Why Policy Makers are Beginning to Tackle Exclusionary Zoning Across the U.S. 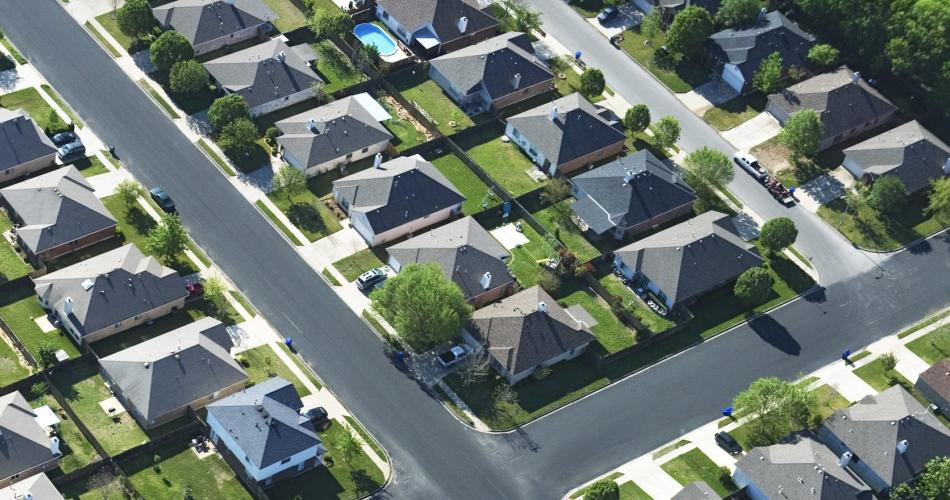 Last week, I had the honor of introducing Heather Worthington at the Urban Land Institute Terwilliger Center for Housing’s Housing Opportunity 2019 conference in Newport Beach, California. If Heather’s name isn’t familiar to you, the policy she helped create, Minneapolis 2040, likely is. Heather is the Director of Long Range Planning for the City of Minneapolis, where she guided the city’s adoption of sweeping changes to its zoning ordinances, with the intent of allowing more housing types in high opportunity neighborhoods and larger apartments near transit.

If you don’t know much about Minneapolis 2040, I would encourage you to read Jenny Schuetz in Brookings or Patrick Sisson in Curbed, or for local coverage, Minnesota Public Radio.

Minneapolis 2040 was hailed across the country as a model for other cities to follow and was a big reason why 2018 was labeled the “Year of the YIMBY.” As Heather and her team in Minneapolis surmised correctly, one of the primary drivers of housing unaffordability is the fact that in many urban areas, it is illegal to build anything more than a single housing unit on a parcel of land, even though a city and its residents may be in desperate need of new housing development.

These “exclusionary zoning” policies often owe their origins to racial segregation efforts from the early and mid-20th Century and can perpetuate racial and economic segregation even in the present day.

Exclusionary zoning also prevents cities from achieving the goal of creating walkable communities close to jobs, amenities, assets and institutions, and in many cases, transit opportunities. They also contribute to housing unaffordability because their presence makes it impossible for a regional housing market to function as it should; exclusionary zoning laws represent an effective injunction against the law of supply and demand.

Fortunately, there is a growing consensus that exclusionary zoning is a root driver of the housing shortage and affordability crisis. Up for Growth references some of these restrictions in our Housing Underproduction in the U.S. report, which pegged the nationwide housing shortage at 7.3-million units (from 2000 – 2015). Coupled with other artificial barriers like misaligned impact fees and NIMBY-led opposition to virtually any new development, exclusionary zoning prevents many communities from ever even sniffing their housing production goals.

Minneapolis isn’t the only place we’re seeing movement. I recently testified before the Oregon State Senate, in what was the newly-created Housing Committee’s first hearing of the legislative session. Oregon State Economist Josh Lehner joined me to talk about housing supply issues facing Oregon. According to our Housing Underproduction in Oregon report, from 2000 – 2015, Oregon fell 155,000 units short of meeting housing demand. While the Portland region bore the brunt of the shortage, nearly all corners of the state felt the effects of not building enough housing.

My testimony came while the legislature is considering a full slate of housing legislation, including House Speaker Tina Kotek’s bill to end exclusionary zoning in cities with a population of over 10,000 and located in Oregon’s urban growth boundaries. It’s an ambitious proposal – it would allow up to fourplexes in neighborhoods currently zoned as single-family, which goes beyond what is proposed in Minneapolis 2040 – but one that could have a serious impact in helping Oregon meet its housing needs. Through our partnership with Oregon Smart Growth, Up for Growth Action looks forward to continuing to support Speaker Kotek’s legislation and other proposals in Oregon.

Oregon’s neighbor to the north is also facing a severe housing shortage – 225,000 units, according to our national report. It’s no surprise that the Washington legislature is also considering a host of housing measures. Dan Bertolet from Sightline has a great rundown of many of these proposals, including Up for Growth Action-supported legislation that would extend a multifamily tax exemption (MFTE) used by many cities in the state, ensuring that families are still able to access needed affordable housing. I testified before the legislature in support of SB 5363, which has now passed a key committee in the state Senate.

How to combat exclusionary zoning is driving the conversation in Washington state. For instance, Microsoft made headlines when the company announced its $500 million affordable housing fund to help spur affordable housing development in the Seattle area. But the announcement also included Microsoft’s legislative agenda in Washington state (which includes support for our MFTE affordable housing preservation bill), as well as a commitment from several Eastside mayors to work towards curtailing the exclusionary zoning policies that have prevented the construction of needed workforce housing.

Financing the construction of affordable housing is absolutely part of the equation. But a financial investment has limited utility as long as exclusionary zoning policies are still in effect in the areas experiencing the most rapid growth. Microsoft should be commended for taking a comprehensive approach to solving one of the primary issues faced by its workforce.

Further down the Pacific Coast, California Governor Gavin Newsom turned heads when he featured housing prominently in his inaugural address. He has consistently advocated for a “Marshall Plan for Housing,” with a goal of building 3.5-million new homes in the state over the next seven years – just over the 3.4-million-unit shortage identified in Up for Growth’s Housing Underproduction in California report. In addition to a significant investment in housing, Governor Newsom has proposed withholding state funds to cities that don’t meet their housing obligations. He’ll likely have an ally from across the aisle; Republican San Diego Mayor Kevin Faulconer announced ambitious plans to make it easier to build housing in the city.

Of course, not everyone has seen the light when it comes to exclusionary zoning. After a Republican Utah state senator proposed bold legislation to allow denser development near transit (a version of which has now passed the state senate), a local activist penned an op ed in the Salt Lake Tribune that used a combination of bad or out-of-context data, anecdotes, and correlation-does-not-equal-causation arguments to make a very tired argument that exclusionary zoning policies are just fine and do not impact housing supply and affordability.

And a report from an MIT Ph.D. candidate that examined the impact of upzoning efforts in Chicago found that these changes did not have a positive impact on housing supply or affordability. Though the author himself warns that broader conclusions shouldn’t be drawn from his study, it is a cautionary note for proponents of zoning reform. The solutions to our nation’s housing crisis must be broadbased; zoning reform is certainly part of the solution but should be paired with other measures – direct investment, tax measures, parking requirements, and smart urban planning just to name a few – to have the most impact.

After long being a dormant or “third-rail” issue in most parts of the country, curtailing or eliminating exclusionary zoning policies in places that can ill-afford them are gaining traction. This is even true at the federal level, where politicians who hold disparate views like Senator Cory Booker and HUD Secretary Ben Carson have found common cause in combating exclusionary zoning in the name of housing affordability, availability, and accessibility.

However, as Heather shared with attendees at ULI’s conference, major change doesn’t happen without strong political leadership and community outreach. Minneapolis 2040 had that with Council Member Lisa Bender and Mayor Jacob Frey and a robust outreach plan that ultimately led to the incorporation of many ideas from the people of Minneapolis. Up for Growth Action exists in large part to facilitate political leadership and strong support from a diverse coalition.

I’m encouraged by the progress being made to combat exclusionary zoning across the country. If the first six weeks of 2019 are any indication, we’re well on our way to establishing a new “Year of the YIMBY!”