Oregon’s Senate Bill 10 is a Transportation Bill, Not Just a Housing Bill 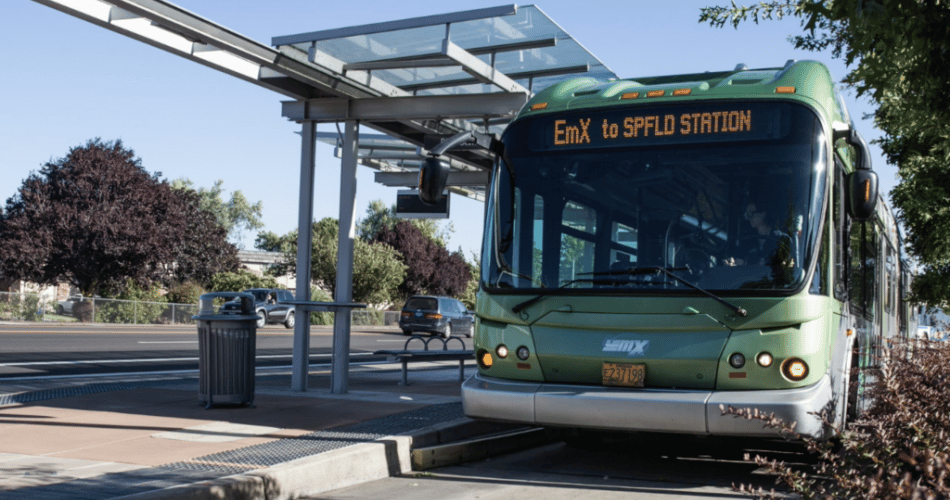 To leverage our public roads and infrastructure investments – generations and billions of dollars in the making – Up for Growth Action advocates for allowing more households to live near transit. One of the major factors limiting transit usage is that low-density zoning regulations restrict the number of houses that can be built in transit-served neighborhoods.

Senate Bill 10 can change this. Senate Bill 10 adjusts the zoned capacity for housing options near transit. The policy, as is currently being discussed, only applies to a handful of cities like Bend, Eugene, Medford, Salem, and Springfield. The bill focuses on neighborhoods that are designated as priority transit corridors – those areas that are close to bus stops on routes that run every 30 minutes or less along major arterials.

Many of the cities addressed by Senate Bill 10 already allow considerable housing development near transit, so Senate Bill 10 only impacts a small proportion of neighborhoods. Take Salem for example, which had a population just over 160,000 in 2017. Approximately 17% of the land area in Salem is zoned to allow housing development along high-frequency transit corridors (corridors where buses run every 15 minutes or less during rush hour). Senate Bill 10 would increase zoned capacity by just over twenty percent of the land area along these high-frequency bus corridors, to accommodate an additional 24,000 units of zoned housing capacity in the city. Salem’s population is expected to grow. Allowing this additional capacity near transit could bring benefits to the city including reducing the number of cars on the road, leveraging existing water, sewer, and roadway infrastructure, and increasing transit ridership.

Building new housing in denser growth centered around transit instead of continuing current, low-density development patterns would result in 1.5 million fewer vehicle miles travelled daily – a difference that is equivalent to 46,700 fewer cars on the road each year. Building housing near quality transit and leveraging existing infrastructure rather than building new roads and highways could save Oregonians time, money, and stress in traffic while redirecting their tax dollars to higher value investments. Senate Bill 10 would be a bold step in this direction.