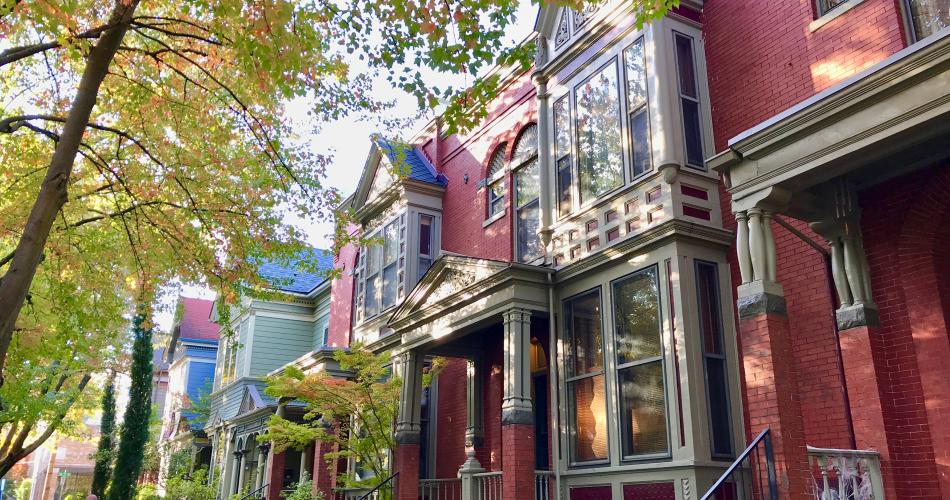 Earlier this year, Oregon made housing headlines when House Speaker Tina Kotek introduced legislation that would end single-family-only zoning in the Portland metro area and in Oregon’s larger cities. HB 2001 was – and continues to be – viewed as a significant step towards addressing Oregon’s severe shortage of homes. According to our own research, this deficit was 155,000 units from 2000 – 2015 alone; a problem that has increased as Portland and the surrounding area continue to grow at a rapid pace.

As Sightline’s Michael Andersen said when the bill was first introduced, “most Oregonians should find a lot to cheer for” in Speaker Kotek’s legislation. We could not agree more.

What does HB 2001 do? For cities over 10,000 people and in Portland’s urban growth boundaries or over 25,000 in other parts of the state, it would legalize up to fourplexes, which includes cottage clusters and town homes. For cities between 10,000 and 25,000 outside of Portland, HB 2001 would legalize duplexes in areas currently zoned exclusively for single-family.

While such a step may not seem like a major development in isolation, the reality is single-family-only zoning dominates the housing landscape in Oregon. In addition to sordid origins that relegated people of color to the “least desirable” neighborhoods, including in Portland, this type of exclusionary zoning prevents the construction of the type of housing – “missing middle” housing – increasingly desired by many Americans, in particular a younger generation. But in many neighborhoods, it is literally illegal to build anything other than a detached, single-family home. HB 2001 does not make it illegal to build these homes; rather it simply states these are not the only type of development option on a given lot.

Speaker Kotek’s push comes as exclusionary zoning is being met with increased skepticism across the country. Just this week, the New York Times ran a feature entitled “Cities Start to Question an American Ideal: A House with a Yard on Every Lot.” And former HUD Secretary Julian Castro became at least the third Democrat running for President to propose zoning reform as a part of his solution to housing. Though their ultimate approach may differ, Castro shares a similar view on exclusionary zoning as the current occupant of his former office, Secretary Ben Carson. Recently, Rep. Lacy Clay (D-MO), who chairs the Subcommittee on Housing, Community Development and Insurance on the Financial Services Committee, endorsed tying some federal dollars to zoning reforms at the local level. Editorial Boards at the New York Times and the Boston Globe recently endorsed zoning reform.

Will Oregon be the first state to make a serious dent in eliminating exclusionary zoning at a statewide level? Signs are positive. The legislation has already passed unanimously out of a key subcommittee in the House, and last night, the legislation passed by a significant margin out of Oregon’s Joint Ways & Means committee. It now must pass both the House and the Senate floors before the end of the legislative session at the end of this month. The urgency is real, and the cautionary tales are myriad.

California appeared poised to pass SB 50 – enabling denser development near transit stations in California’s large cities – before powerful suburban legislators scuttled the legislation at the 11th hour. Oregon can be the first state in the nation to advance this type of bold pro-housing solution into law at a statewide level.

Speaker Kotek and members of the legislature championing HB 2001 deserve credit for their visionary leadership to address the root cause of the housing crisis – the fact that restrictive exclusionary zoning prevents the needed housing from being built. Up for Growth Action is proud to support HB 2001 and looks forward to working with the Speaker and other members of the legislature to ensure Oregon is a pro-housing state.