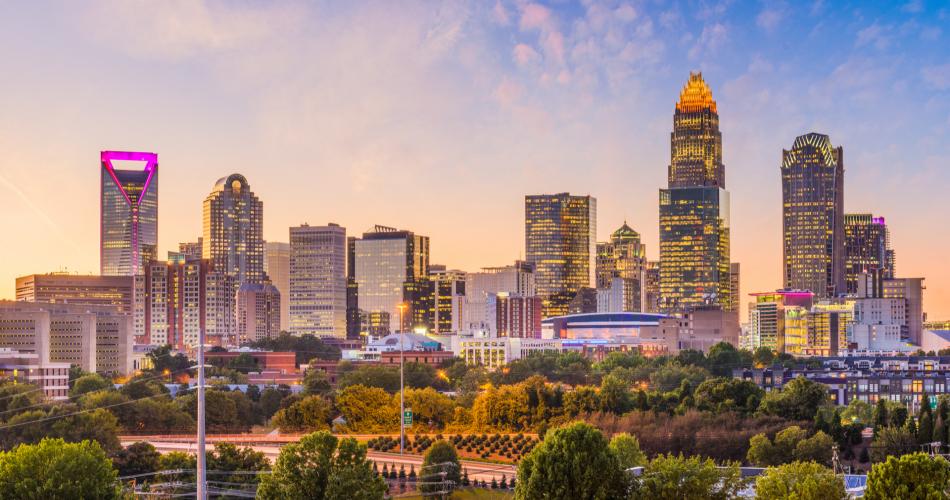 CHARLOTTE, NC – Up for Growth released its Charlotte Housing Policy and Affordability Calculator (HPAC) at the Urban Land Institute’s Carolinas Meeting on Thursday, February 13 in downtown Charlotte. Charlotte is the second city for which a HPAC has been developed, following the Seattle version released in 2019. The calculator explores various policy and regulatory inputs by allowing its users to explore how these policies impact both the supply of housing citywide and the rent level required to justify the cost of a new unit of housing. The Charlotte HPAC was developed in concert with on-the-ground stakeholders, including the City of Charlotte and ULI, and is intended as a tool to facilitate local and national conversations around housing policy.

The Charlotte HPAC can be accessed on Up for Growth’s website.

“Charlotte is an ideal location to develop our second Housing Policy and Affordability Calculator,” said Mike Kingsella, Executive Director of Up for Growth. “Charlotte is a city committed to growing in a way that meets the needs of all members of the community – both for those who currently live in the city and the hundreds of thousands likely to move there in the coming decades. Up for Growth is excited to partner with our stakeholders in the Queen City to develop a tool that can be used to fully understand the impacts of policy decisions on the cost of rent and the availability of homes.”

The Charlotte HPAC allows users to examine how policies affect rents and availability for either midrise or garden apartments. It does not endorse any specific proposal, but rather allows users to better understand the interplay of policy choices with rents and housing availability. The Charlotte HPAC is the product of extensive feedback and meetings from on-the-ground stakeholders, which included three meetings over the course of six months. In addition to the City of Charlotte and ULI Charlotte, the working group that provided input into the calculator include: The Lotus Campaign Inc., Rebic Corporation, Moore & Van Allen PLLC, Greater Charlotte Apartment Association, County of Mecklenberg, Caprock Building Group LLC, Local Initiatives Support Corporation, and Richard Buttimer from UNC Charlotte.

The HPAC captures the various policies that most affect the cost to build housing in Charlotte, and will be updated periodically to reflect the current housing landscape in the city. Categories examined include:

For example, if the average time for the city permitting process for a two-bedroom midrise apartment building were reduced from the current 14 months to four months, the resulting rents drop by $30 per month, for a savings of over $350 per year for the renter. Citywide, expediting the permitting process reduces average rents by $40 per month (relative to projected baseline growth) and creates an additional 250 units of housing over a three-year period (relative to long-term average production).

“ULI Charlotte is proud to partner with Up For Growth to create a tool to raise awareness and start conversations around housing affordability and the impacts of public policy,” said Philip Payne, Chair of ULI Charlotte. “While this is the launch of the tool, we are committed to provide feedback and information to enhance the effectiveness, on an ongoing basis.”

The Calculator was introduced at the ULI Carolinas Meeting, where Kingsella presented on a panel along with Julie Porter from the Housing Partnership and Tammie Hoy Hawkins from Northside Initiative Group. The panel was moderated by Alyson Craig, Deputy Planning Director for the City of Charlotte. The Charlotte HPAC was developed in partnership with respected real estate economics consulting firm HR&A Advisors. Prior to its formal release, Up for Growth examined how one such policy – Charlotte’s recently enacted TOD Alignment Rezoning – is already impacting rents and supply throughout the city.

Following Charlotte, later this year Up for Growth will introduce a calculator for Portland, Oregon. The HPAC is one of the key pieces of Up for Growth’s research portfolio. In 2018, Up for Growth released Housing Underproduction in the U.S., which pegged the national housing shortage at 7.3-million units, as measured from 2000 – 2015.