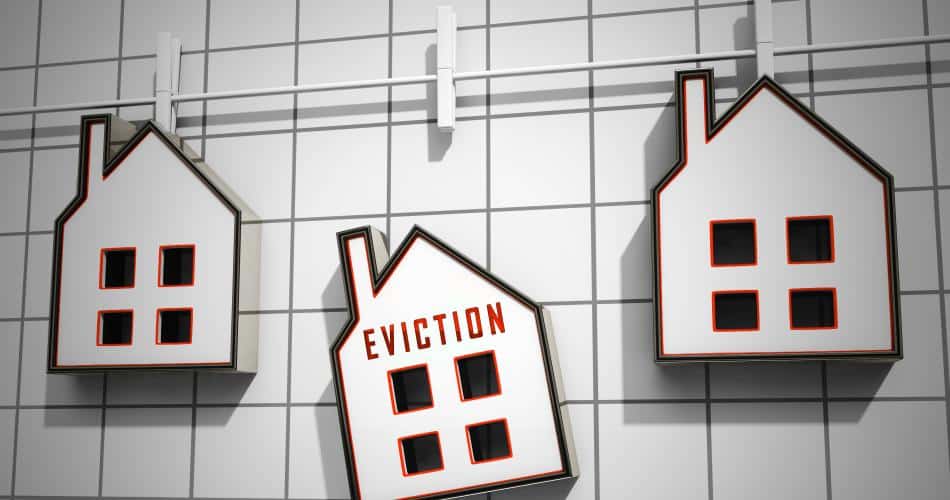 While Up for Growth is focused primarily on how we eliminate barriers to housing production and preservation to meet increasing housing needs across the U.S., we cannot ignore the housing crisis’ immediate consequences for the families most impacted by our shortage of homes. Even if the country dramatically boosts housing production tomorrow, low- and moderate-income households today would still struggle in the short term to find homes they can afford in neighborhoods in which they want to leave.

In recognition of the need for Congress to offer solutions that address the consequences of the housing crisis, Senators Michael Bennet (D-CO) and Rob Portman (R-OH) recently introduced the Eviction Crisis Act (S. 3030). This bipartisan legislation would provide new study, additional resources, and more transparency in the eviction process and landlord-tenant relationship. The Eviction Crisis Act provides a path for the federal government to offer meaningful assistance and support to the tenants facing eviction, the state and local governments on the frontline of the crisis, and the organizations tasked with helping families during these difficult times.

Senators Bennet and Portman are responding to the real-world impacts of the rising rate of evictions in the country and in their home states specifically. In his press release announcing introduction of the Eviction Crisis Act, Bennet noted that five Colorado cities and six Ohio states are among the nation’s top 100 for eviction rates. Original co-sponsors of the legislation include Senator Todd Young (R-IN), who has made housing affordability one of his signature issues while in Congress, and Senator Sherrod Brown (D-OH), the Ranking Member on the Senate Banking Committee (which has jurisdiction over many housing-related issues).

The rise in evictions is in large part due to our broken housing ecosystem. Approximately half of the nation’s renters are rent-burdened, spending 30% or more of their gross income on housing. Rents have risen much faster than household incomes, leaving millions of families an unexpected medical bill or broken-down car away from being short on the next month’s rent. Many of the over 500,000 homeless people in the United States found themselves on the streets because they lost their homes in an eviction.

In many parts of the country, the housing crisis is the product of the nation’s severe shortage of homes. When we don’t build enough housing, the existing stock is in increasing demand, driving up prices to unsustainable levels. Eviction is the byproduct of those rents reaching levels that many families and individuals can’t afford.

Some Americans were exposed to the horrors of eviction and substandard housing through Matthew Desmond’s Pulitzer Prize-winning book Evicted: Poverty and Profit in the American City. Desmond’s seminal work chronicles the lives of working and low-income families in Milwaukee as they struggle to make ends meet and keep a roof above their heads. Desmond offered his support for the Eviction Crisis Act, stating “Passing the Eviction Crisis Act would be a big step forward, deepening our understanding of the problem and preventing families from the devastating consequences of displacement.”

How would the Eviction Crisis Act address the challenges associated with eviction? Its first step is to create a national database to track evictions, with the purpose of better informing future policy prescriptions. It would also establish a federal advisory committee tasked with making recommendations on how to prevent and mitigate evictions, as well as study to analyze the laws that govern the landlord-tenant relationship.

In addition to data collection and study, the Eviction Crisis Act invests in state and local programs designed to prevent evictions. This includes the expanded use of landlord-tenant community courts and the presence of social services at these proceedings, with the goal of reducing the high cost of eviction for both tenants and landlords. It would also establish an Emergency Assistance Fund to help tenants avoid eviction and calls for increasing funding for the Legal Services Corporation, which helps low-income Americans with matters such as eviction.

Finally, the bill would change the way tenants are screened ahead of securing housing by giving tenants access to their screening reports and removing eviction proceedings in which the court ruled in favor of the tenant from said tenant’s screening report.

Like housing in general, eviction from private housing is an issue that rarely makes it onto Congress’s radar screen. However, eviction is a reality more and more Americans are facing, with no immediate policy solutions on the horizon. The Eviction Crisis Act is an attempt to stem the tide of this growing crisis in a constructive and sensible manner.