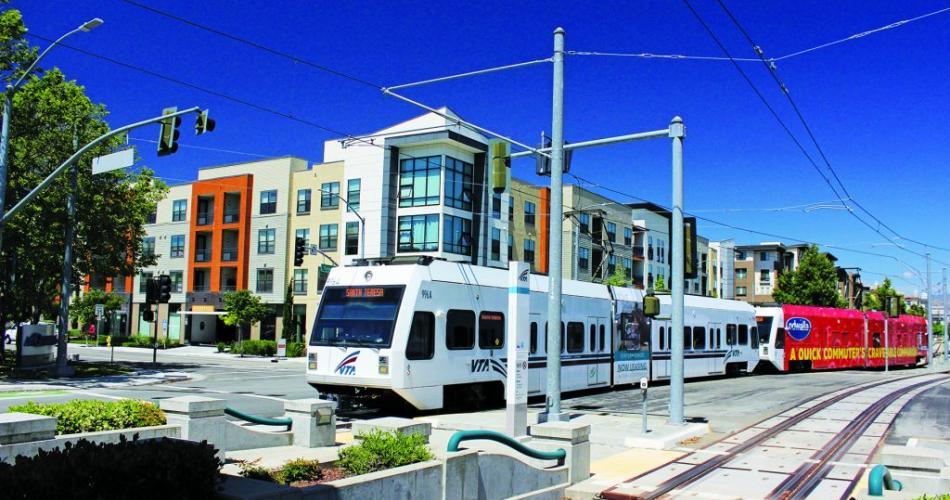 Though transit authorities and municipalities currently evaluate land-use and housing policy as part of the existing application process, current evaluation scoring do not accurately evaluate nor properly prioritize housing needs, which often leave projects that receive the $2.3 billion allocated annually for the New Starts program underdeveloped and underutilized.

“Federal investment in public transit – and by extension FTA New Starts Capital Investments Grant program – is designed to ‘help shape as well as serve urban growth,’ but unfortunately these investments often do not align with their important goals,” said Up for Growth Action Executive Director Mike Kingsella. “The Build More Housing Near Transit Act would ensure that limited federal transit dollars are used not only to finance important transit projects, but also enable additional transit-served housing for more Americans. The enhanced criteria for New Starts evaluations proposed by this legislation would mean more homes, using less land, with fewer cars on the road. We thank Representatives Peters and McMorris Rodgers for their visionary leadership in identifying innovative federal solutions to the housing shortage and affordability crisis.”

The Build More Housing Near Transit Act seeks to enable construction of some of the 7.3-million missing homes underproduced across the U.S., as identified in Up for Growth National Coalition’s Housing Underproduction in the U.S. report. Such a shortage is a primary reason why 47% of renter households are cost-burdened, spending more than 30% of their gross income on housing costs. When the supply of homes does not meet need, families pay more in rent, experience less financial security, often live farther away from jobs and amenities, and spend more time on their commutes and less time with their families.

Introduction of the Build More Housing Near Transit Act is the latest indication that Congress is starting to get serious about the housing crisis. Earlier this year, Up for Growth Action supported several bills designed to ease the housing shortage in the U.S., including the YIMBY Act, introduced by Sen. Todd Young (R-IN) and co-sponsored by Senator Brian Schatz (D-HI). Like the Build More Housing Near Transit Act, the YIMBY Act recognizes that one of the key factors holding back housing construction in the U.S. are exclusionary zoning laws that arbitrarily hold back housing development in the areas that need it the most.

For more information on the Build More Housing Near Transit Act, please take a look at Up for Growth Action’s one page summary.