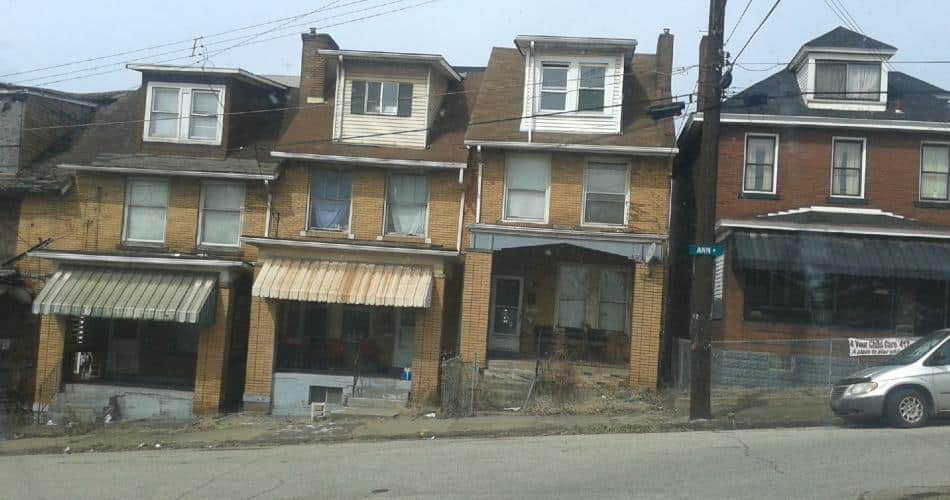 Up for Growth National Coalition’s Housing Underproduction in the U.S. report pegged the American housing shortage at 7.3-million homes, which spanned 22 states and the District of Columbia. Indeed, our national housing shortage is much more severe than originally thought, affecting the quality of life of millions of families. The findings of the report clearly indicate that we need to build more of the right kind of housing in the places that need it the most to meet the needs of a growing and changing population.

But not all parts of the country are experiencing a shortage. That includes communities within the 28 states not identified in the report, as well as places in 22 states and DC that currently have adequate housing supply. What can we do in the communities where supply may currently outstrip demand, yet housing remains a pressing concern?

It’s certainly true that in some parts of the country, the supply of housing isn’t the most pressing problem. In these areas, you don’t need to look very hard or get in a bidding war to secure a place to live. Perhaps most famously, sociologist Matthew Desmond documented the housing nightmare experienced by many Milwaukeeans in the Pulitzer Prize-winning book Evicted. Though basic housing in working-class neighborhoods isn’t hard to find, quality and affordable housing very much is, creating a cycle of poverty and instability from which many never escape.

Desmond notes that Milwaukee is representative of many cities, particularly those in the Midwest that have seen the populations in their urban cores shrink in recent decades amid declines in manufacturing jobs and the departure of other staple industries. As a 2018 report by the Lincoln Policy Institute suggests, vacancy is a much bigger problem in “legacy” cities in the Midwest – think Detroit and Cleveland. It’s even worse in smaller legacy cities like Gary, Indiana and Flint, Michigan. Though declines were exacerbated by the Great Recession, vacancies had steadily grown in the preceding decades.

Vacancies affect the people who abandoned or were forced to leave these houses and their surrounding neighborhoods. As Richard Florida explains, a high rate of vacancy is directly correlated with higher rates of drug abuse, crime, and violence. These neighborhoods rarely recover, with spiraling vacancies creating a never-ending cycle of decline. City governments suffer from costs associated with demolishing and maintaining lots and the loss of property tax revenue.

There are signs of hope in what can be an otherwise bleak landscape. “Vacant properties—especially historic ones—mean your community has a heritage, and that is the seed every great place needs in order to grow,” says CEO of Recast City Ilana Preuss. Indeed, there’s a renewed zeal to reinvigorate the thriving middle-class neighborhoods that were common in cities across the United States in the mid-20th Century.

One of Up for Growth National Coalition’s members is taking a novel approach to home vacancy. Since 1990, Washington state-based Homes First has created and maintained safe, healthy, and affordable homes for those who need them most – 4,000 people to date – by buying and renovating often neglected homes for below market rate prices. Homes First then rents these homes at an affordable price to low-income households in need, while also serving as both landlord and a resource for tenants who may need local social support services.

Homes First provides scattered-site single family houses and small multi-unit complexes that are part of a community. It takes this approach because low-income homes and tenants are often stigmatized within their own neighborhood. Under Homes First’s program, “low-income households are ‘anonymized’ in their community, they are more likely to thrive and to develop long-term healthy relationships.”

While Homes First’s approach helps the families who occupy these homes, the surrounding community also benefits. Ensuring that people have a quality place to live reduces the possibility that a neighborhood could enter that same vicious cycle from which it is hard to recover. Homes First is confident that its program is sustainable, scalable, and can achieve the same amount of supply in the same amount of time as it would take to build a new 50-unit apartment complex. It is certainly a model that should be considered in other parts of the United States.

In the “other Washington,” another Up for Growth coalition member has started its own innovative initiative to ensure affordable workforce housing in high-impact areas. Last year, JBG Smith launched the Washington Housing Initiative to bring together capital from private and philanthropic sources to primarily acquire existing housing and transform into permanently mixed-income rental communities. The Initiative hopes to generate 2,000 and 3,000 units of affordable housing online over the next 10 years.

The Initiative has two main components. The Impact Pool is managed by JBG Smith and provides secondary financing for affordable housing development, with returns on investment capped and excess proceeds invested into the kinds of services envisioned in the Initiative’s second component, the Washington Housing Conservancy. The Conservancy buys housing using capital from the Impact Pool, while also partnering with other businesses and organizations to ensure the surrounding community has access to quality education, health care childcare, healthy food, and community space. Long-term affordability is guaranteed through deed restrictions.

In partnering with other businesses and organizations, the Conservancy recognizes a key cog in revitalizing neighborhoods that cannot be forgotten. Communities and neighborhoods that have fallen into severe decline and have a significant amount of vacant homes need more than just a fresh coat of paint. They need place-based economic development. They need new infrastructure, more educational opportunities and better schools, and improved public safety. Other funding sources and support services are required – not simply those focused on housing.

Though housing vacancy is also viewed through an urban lens, small towns and rural communities also struggle with vacancy and associated housing quality. I discussed many of these after a visit to Mason County, Washington in early January. Mason County suffers from both housing supply shortages and an aging stock of housing. It could use both rehabilitation of existing units and new construction to accommodate the county’s needs. As I mentioned in my insights posts, the USDA’s Section 515 Loan Program could be a big help here. Ensuring this program has enough funding to meet increasing demand is vital.

Of course, simply renovating older houses isn’t a comprehensive solution to the problem. While there may be a surplus of housing at an individual city level, there are shortages within specific types of housing. For example, the National Building Museum’s Making Room Exhibition astutely points out that while 28% of American households are single people living alone, only 12.5% of our housing stock are studios or one-bedroom units. We need to make sure the supply of the right type of houses is in line with current and future demands.

In addition, in many places where vacant homes exist, they have been vacant for decades and may require so much rehabilitation that the cost of bringing the home back into livable condition may exceed the cost of delivering a new home. Both the public and private sectors cannot afford to throw good money after bad, especially when there could be more cost-effective ways to ensure quality and affordable housing for those who need it the most.

As I mentioned earlier, there are two major typologies of housing stressed communities. Places with high-demand, where housing production would happen if it were enabled, and places with vacant supply that is low-quality and infeasible to rehab without subsidy. Ultimately, both geographies require both policy and innovation to help address these market failures.

While it’s clear that there’s no silver bullet for solving the housing crisis, it’s also clear we cannot ignore our existing housing stock when it comes to the housing crisis. Whether it’s organizations like Homes First that are taking it upon themselves to ensure affordability by buying, rehabilitating, and managing affordable housing; leveraging the private sector such as JBG Smith’s Washington Housing Initiative; or government-backed financing options that enable the rehabilitation and preservation of existing homes, it’s clear that maximizing the utility of our existing stock of housing is part of the broader solution for broad housing affordability and giving old neighborhoods new life.