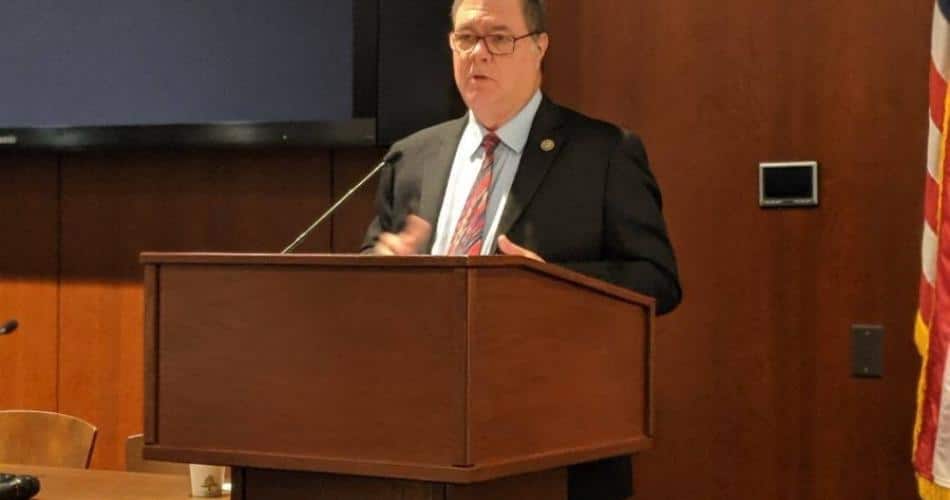 “Housing is on the move on Capitol Hill,” said Up for Growth Action Executive Director Mike Kingsella. “The Members of Congress gathered for our Legislative Advocacy Day are committed to solving America’s housing shortage and affordability crisis. For far too long, Congress and the federal government have sat on the sidelines while millions of American families sink deeper into housing insecurity – a byproduct of the country’s 7.3-million unit housing shortage. Fortunately, Congress is waking up to the severity of the housing crisis, and Up for Growth Action is working with pro-housing members to enact pro-housing solutions such as the YIMBY Act and the Build More Housing Near Transit Act.”

Both Rep. Heck and Sen. Young spoke about their legislation at the gathering up of Up for Growth Action’s members. Also speaking at the Legislative Advocacy Day Rep. Clay, Rep. Scott Peters (D-CA), and Alfonso Costa, Jr., Deputy Chief of Staff at the Department of Housing and Urban Development.

“The YIMBY Act will prompt local governments and communities across the U.S. to have a real conversation about important policies that increase affordable housing production,” said Cynthia A. Parker, President & CEO of BRIDGE Housing. “I believe this bill strikes the right balance in encouraging the elimination of barriers to housing and discriminatory land use policies while advancing the goals of HUD’s Community Development Block Grant program, without dictating specific policies to communities nor jeopardizing existing CDBG resources.”

In addition to the YIMBY Act, last week Rep. Peters and bipartisan co-sponsors introduced the Build More Housing Near Transit Act. This legislation would make housing a higher priority in Federal Transit Administration (FTA) New Starts grant evaluations for fixed-guideway transit projects. It would also secure a commitment from applicants to reduce barriers to housing construction in transit-rich areas. Rep. Peters discussed the Build More Housing Near Transit Act during his remarks at Up for Growth’s Legislative Advocacy Day.

This is the second time Up for Growth Action members have gathered in Washington, DC. Founded in 2018, Up for Growth Action is made up of a diverse coalition of for-profit and nonprofit developers, environmental organizations, housing advocates, major employers, social equity organizations, regional planning associations, and many others committed to promoting policies that enable more housing close to jobs, efficient transportation, and desirable local amenities. The YIMBY Act and Build More Housing Near Transit Act are high on the organization’s list of legislative priorities, along with other federal housing legislation.