Housing in the 116th Congress 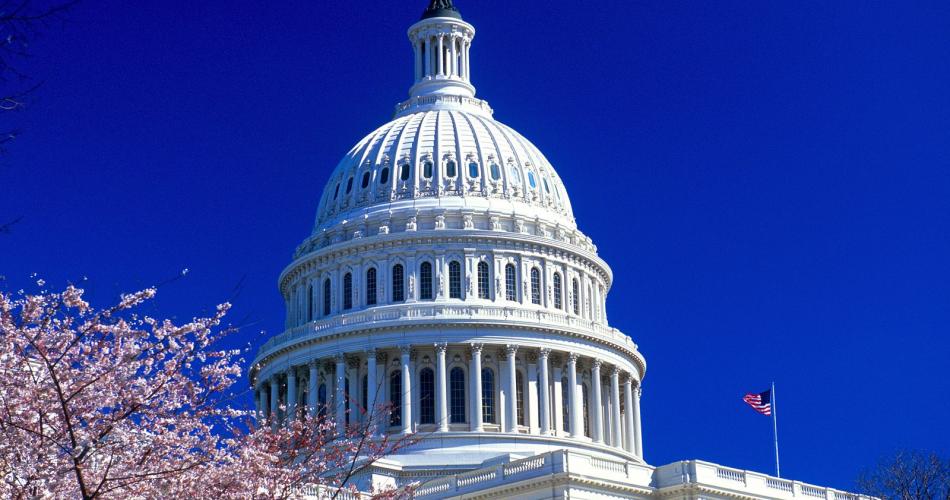 After the runoff in the Mississippi Senate special election and the final ballots in California are counted, Election 2018 has finally wrapped. In the House, Democrats will take control for the first time since 2010 after netting 40 seats – their biggest gain in a single election since the “Watergate Babies” class of 1974. Democrats will now have a relatively comfortable 235-200 majority, with Nancy Pelosi (D-CA) likely returning to her previous position as Speaker of the House (election will be held the first week of January).

Many of the freshman Democrats hail from are areas with severe housing affordability concerns. Urban and suburban districts in Southern California, Seattle, Phoenix, Las Vegas, Salt Lake City, Denver, Minneapolis, Dallas, Atlanta, Miami, Washington, DC, New York, and Boston will have new representation. In fact Jason Crow, who was just elected to a suburban Denver district, campaigned on housing affordability and issued a detailed position paper on solving the housing crisis in Colorado. Many of these new members come with a mandate to focus on middle class economic issues, including housing.

The Senate told a much different story. Republicans netted two seats, bringing their razor-thin majority to a more comfortable 53-47 margin. GOP challengers defeated four incumbent Democrats in states won by President Trump, while Democrats defeated incumbent Republican Dean Heller in Nevada and won the open seat being vacated by Jeff Flake (R-AZ). Senate Majority Leader Mitch McConnell (R-KY) will have a bit more leeway with a larger majority, though the Senate map for Republicans in 2020 is considerably more difficult than 2018. Democrats remain hopeful they can flip the upper chamber in two years.

With the Democrats winning the House of Representatives and the Republicans maintaining their majority in the Senate, we are now looking at a divided Congress for the first time in four years.

How will new leadership affect the housing agenda?

First and foremost, the committees with jurisdiction over housing and housing programs will see new leadership. On Senate Finance, Chuck Grassley (R-IA) will become chairman of the committee he led in the mid-2000s, giving up the gavel on Judiciary. Chairman Grassley will have a big focus on trade given its importance to Iowa’s robust agriculture sector. He has also been a critic of the Low-Income Housing Tax Credit. Sitting opposite Grassley will once again be Ron Wyden (D-OR), who is known for his pragmatism and ability to work with Republicans on certain issues.

The other committee with jurisdiction – Senate Banking, Housing, and Urban Affairs – will once again be led by Senator Mike Crapo (R-ID) and Senator Sherrod Brown (D-OH). While the leadership won’t change, the makeup of the Committee will. Three current members – Heller, Heidi Heitkamp (D-ND), and Joe Donnelly (D-IN) – lost their bids for re-election and will be replaced by new members of the committee, who are yet-to-be determined.

In the House, Rep. Richard Neal (D-MA) will take over as Chairman of Ways and Means for the 116th Congress. Current Chairman Kevin Brady (R-TX) will slot over as Ranking Member. With Republicans still in control of the Senate and White House, it is unclear what Neal will be able achieve. Given the committee’s jurisdiction over tax-related issues, the Tax Cuts and Jobs Act will likely be scrutinized by the new Democratic majority. Though their philosophies are much different, Neal and Brady are known to have a strong working relationship with each other, providing some hope that an agenda that includes housing programs could move forward.

In the House Financial Services Committee, Rep. Maxine Waters (D-CA) will move from Ranking Member to Chairman. Rep. Patrick McHenry (R-NC) will become Ranking Member after several senior Committee Republicans retired. Along with Waters, many current subcommittee ranking members will likely be elevated to chair important housing subcommittees, with Rep. Emanuel Cleaver (D-MO) slated to take the helm of the Housing and Insurance Subcommittee and Rep. Carolyn Maloney (D-NY) set to take the gavel of the Capital Markets Subcommittee.

Though McHenry has signaled a willingness to work with Waters, Financial Services will undergo the biggest change of all committees with housing jurisdiction. It was already home to contentious fights over areas such as the Consumer Financial Protection Bureau and general financial market regulation; that is unlikely to change. For any meaningful action to occur, housing must be able to escape the pitfalls of a committee where Republicans and Democrats have decidedly different approaches to most issues addressed by the committee.

Aside from the retirement of Speaker Paul Ryan (R-WI), House and Senate leadership are not expected to see many changes among the top several committees, though Cathy McMorris Rodgers (R-WA) – who spoke at Up for Growth’s Congressional Briefing – opted to not seek re-election as Chairwoman of the Republican Conference and will instead focus on a leadership role in the House Energy and Commerce Committee. On a positive note, Senator Todd Young (R-IN) has been elected to lead the National Republican Senatorial Committee for the 2020 cycle. Young sponsored the bipartisan Task Force on the Impact of the Affordable Housing Crisis Act, which Up for Growth is proud to support. His elevation is a sign that housing affordability will have a voice in Senate leadership.

In many ways, what happens in 2019 will be dictated by the 2020 Presidential election. For instance, three Senators who introduced notable housing legislation in the current Congress – Elizabeth Warren (D-MA), Cory Booker (D-NJ), and Kamala Harris (D-CA) – are all widely expected to run for President. In addition, Banking Committee Ranking Member Sherrod Brown has acknowledged he is at least considering a run. While it may not force Congressional action – especially in a divided Congress and President Trump in the White House – should these candidates make housing a centerpiece of their campaigns it will certainly mean housing will have a much more prominent place in the national conversation and could move the needle towards eventual action.

More broadly, housing’s fate could be closely tied the fate of the entire 116th Congress. It is unclear how much Republicans and Democrats are willing to work with each other. The parties remain far apart on most issues, and the 2020 campaign will soon suck most of the oxygen from the room and make it very difficult for any major legislation to pass, especially with so many Democratic senators potentially running for President and several Republican senators needing to play defense in advance of their 2020 re-elections. In the House, the Democratic Caucus will be divided between more progressive members elected to “shake-up” Congress and the 31 members who represent swing districts won by President Trump in 2016 who will likely have tough re-elections. In short, there are competing interests and intense pressure on both sides of the Capitol that could prevent major legislation from moving forward.

Housing is better positioned than other issue areas, however. Earlier this year Housing and Urban Development Secretary Dr. Ben Carson made headlines when he announced a proposal to combat exclusionary zoning. Many were surprised that Secretary Carson had joined the ranks of the YIMBYs, but in reality, his proposal is an indication of the widespread support such policies have, even if they make strange bedfellows. And though the application is different, what Secretary Carson is proposing is similar to Senator Booker’s proposal to tie Community Development Block Grant funding to local exclusionary zoning reforms. Tackling zoning laws to increase supply – while still respecting state and local rights – may be our best hope for bipartisan action.

Like virtually any issue, enacting legislation or new regulation to combat the country’s housing affordability crisis will not be easy. But the 2018 election and subsequent Congress create an opening and opportunity for positive reforms in the 116th Congress. Now is the time to seize those opportunities.