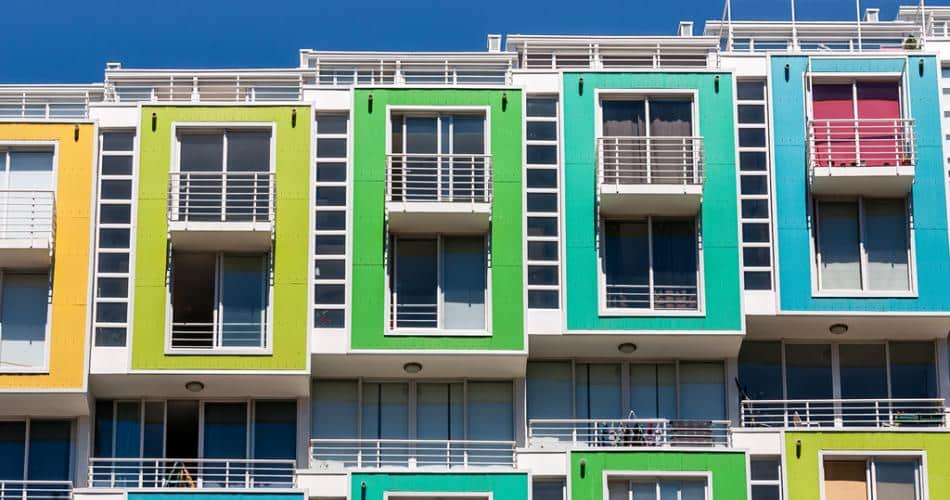 As the United States grapples with a massive housing crisis – a 7.3-million home shortage, as found in Up for Growth research – federal leaders are seeking innovative solutions to alleviate the burden that such a significant lack of affordable homes places on American families and individuals. One such piece of legislation is H.R. 5599, the Fulfilling the Promise of the Housing Trust Fund Act, which would expand the funding for the National Housing Trust Fund (HTF). The HTF plays a critical role in providing deeply affordable housing to extremely low- and very low-income households. H.R. 5599, introduced by Congressman Denny Heck of Washington, would significantly expand the Housing Trust Fund.

The housing crisis negatively impacts renters at nearly every income level. The New Democrat Coalition’s Missing Millions of Homes report, which was authored by the Coalition’s Housing Task Force co-chaired by Congressman Heck, found that cost of housing has been the highest increase in household budgets over the last 15 years. The average family now spends 42% of its income on housing costs alone. While the consequences of the shortage are widespread, families and individuals at the bottom of the income distribution feel the negative effects most acutely. The HTF provides specifically targeted resources to best help households earning less than 50% of Area Median Income (AMI).

Created as part of the Housing and Economic Recovery Act of 2008, the HTF was designed to provide flexible and targeted financial resources for those who need it most. More than 25% of renters, or 17.6-million households, are defined as extremely low- or very low-income, earning less than 50% of AMI. For these families, finding affordable housing even in a well-functioning market is difficult. In a massive housing crisis, securing quality shelter at a low cost is nearly impossible.

Research from the National Low Income Housing Coalition proves that cost burdening is disproportionately borne by those who can afford it the least. 71% of these extremely low-income households spend more than 50% of their incomes on rent. The HTF provides state housing agencies with money to construct, preserve, and rehabilitate affordable housing. A smaller portion of the program also goes toward providing resources for homeownership.

Currently, the HTF is funded through a 4.2 basis point assessment on the volume of business of Freddie Mac Fannie Mae activity, of which 65% goes to the HTF. The remaining 35% of the fee is deposited into the Capital Magnet Fund, which is a leverageable financing source that enables CDFIs to produce both affordable rental and homeownership housing. Since inception of the CMF, it has generated $20 of additional investment for every $1 of award funding, produced over 13,000 affordable homes, of which 11,500 are rental and 1,500 are homeowner occupied.

The HTF was first funded in 2016 and a little over $900 million has been deposited in the three years since. H.R. 5599 proposes to significantly increase direct investment into the HTF by redirecting an existing 10 basis point portion of the Fannie Mae and Freddie Mac Guarantee Fee on single family mortgages to the HTF. This 10 basis point component of the Guarantee Fee was created in 2011 as part of an offset to the Temporary Payroll Tax Cut of 2012. H.R. 5599’s proposed continuation and redirection of this fee would significantly increase the HTF budget; estimates range from increasing current deposits of approximately $225 million per annum, to annual deposits from $2 billion to $5 billion per annum.

While eliminating exclusionary zoning and other structural barriers to housing is critical to fostering equitable growth, more must be done. Up for Growth believes that restoring health our broken housing ecosystem requires a comprehensive approach.

America is experiencing a severe housing crisis, with 17.6 million extremely low- and very low-income households disproportionally experiencing the impacts. This equates to 46.2 million people facing severe cost burdening, housing instability, and crushing commutes. As I’ve said before, our housing shortage is place-based, and the Center for American Progress found this to be the case for extremely low- and very low-income households in 2015 research that found that affordable housing “tends to be clustered in low-opportunity areas, which likely contributes to the disparities.. in commute times and access to jobs and grocery stores [between market-rate and affordable housing residents]”.