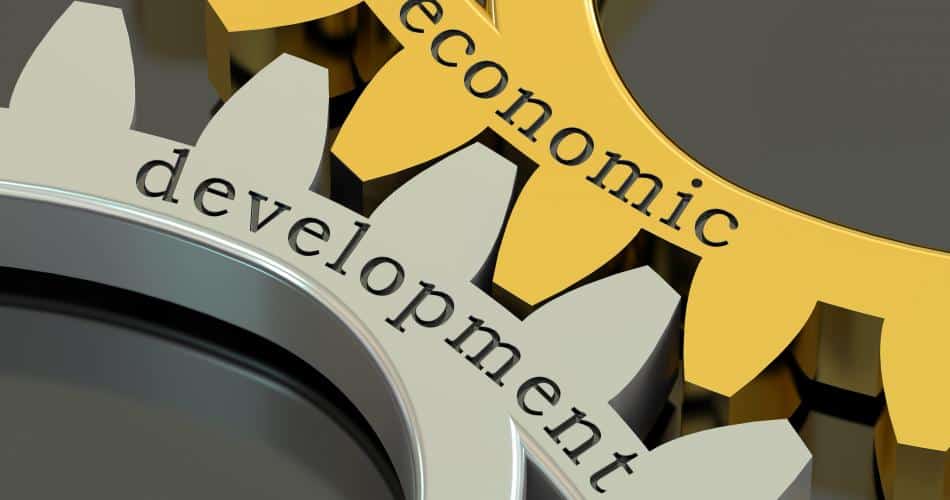 Few matters of public policy have as broad of an impact as housing. As we’ve written in our previous insights reports, housing is central to combating climate change. Transportation policy and planning is inextricably linked to housing, and vice versa. As housing goes, so goes the economy and economic recovery. Racial justice and equity cannot be achieved without addressing the lasting impacts of housing discrimination. Housing production plays a central role in workforce development.

Housing is also central to economic development in communities large and small. Last week’s insights report included comments from several Up for Growth members located in smaller cities and rural communities. They cited housing as major contributing factor for attracting businesses and ensuring their citizens can live affordably in their cities and towns. Indeed, a community cannot plan for a brighter tomorrow if it can’t ensure its citizens have access to quality and affordable housing.

Earlier this year I authored a piece for the Spring 2020 edition of the International Economic Development Council’s (IEDC) Economic Development Journal focused on housing’s role in the critical decisions made by businesses and economic development professionals. The article is aptly titled “Housing is where jobs go to sleep at night.” Even in an increasingly virtual world, the housing landscape in a given region is a significant factor in a business’s plans for expansion, relocation, and attracting and retaining top-flight talent.

IEDC members can read the article for free on the Journal’s website. For those who can’t access it, this week’s insights report provides an overview of some of the key points I made in the article. Though the housing landscape has changed during COVID-19, these takeaways are evergreen – even more so as we recover from the pandemic.

In addition to a severe, national shortage of homes, we are experiencing a “spatial mismatch” in housing. There is not enough housing in the most opportunity- and job-rich areas where it is in highest demand. There are many reasons for the shortage of homes, but none more solvable than removing exclusionary zoning restrictions and other counterproductive regulations that prevent people from accessing housing.

The disconnect between affordable and available housing and job opportunities is a major reason why so many economic development entities, Chambers of Commerce, businesses, and other organizations have endorsed the Yes in My Backyard (YIMBY) Act. Policies that restrict the type of shelter needed to house their current – and future – employees make it much more difficult for businesses to grow and expand.

When housing costs are too high, voters often incorrectly attribute rising costs to the presence – or planned location – of new businesses in their communities. For example, vocal public backlash resulted in Amazon canceling its plans locate a second headquarters in the Queens. In that situation, fear of steadily rising housing costs was a major factor in spurring local opposition to Amazon. Countless other companies have moved their headquarters based on high housing costs, particularly in tech centers like Silicon Valley and the San Francisco Bay Area.

In reality, the problem of rising rents is a result of structural barriers to housing, which prevents supply from being responsive to demand. Until these systemic barriers are addressed, housing providers and the business community will continue to receive unfair blame for making housing unaffordable. It is a vicious cycle that we must all work to break.

Businesses are stepping up

Fortunately, businesses are realizing they cannot sit back and let the fight come to them. The City of Seattle abandoned its plans for the so-called “Head Tax” (a per-employee tax on the city’s larger businesses) because some of Seattle’s largest employers opposed the measure. Silicon Valley giants are pledging billions to build housing in a region where housing costs threaten future business plans. Others are joining organizations like Up for Growth to ensure their voices are included in the conversation.

We are making progress

Cities and states across the country are beginning to recognize the root causes of the housing shortage and are taking action; most notably in H.B. 2001, Oregon’s “missing middle” housing legislation. This summer, Portland followed suit in enacting the Residential Infill Project that will legalize duplexes, triplexes, quads, and cottage homes throughout most of the city. Minneapolis’s 2040 plan was visionary in its effort to curtail single-family-only zoning. In California, Up for Growth Action led the effort to pass A.B. 2345, expanding the state’s existing density bonus law. The legislation could create nearly 200,000 new homes in a state that is in dire need of housing.

At the federal level, pro-housing legislation is making its way through Congress. In March, the House passed the bipartisan YIMBY Act – doing so without opposition. The Build More Housing Near Transit Act, the Neighborhood Homes Investment Act, the Affordable Housing Credit Improvement Act, and the Housing is Infrastructure Act were incorporated into a House-passed infrastructure package. The Democratic Presidential ticket released a robust housing plan, building on the proposals Senator Kamala Harris advanced in the Senate.

With the help and buy-in from the business and community, housing policy can and will lead to a better economic development environment.