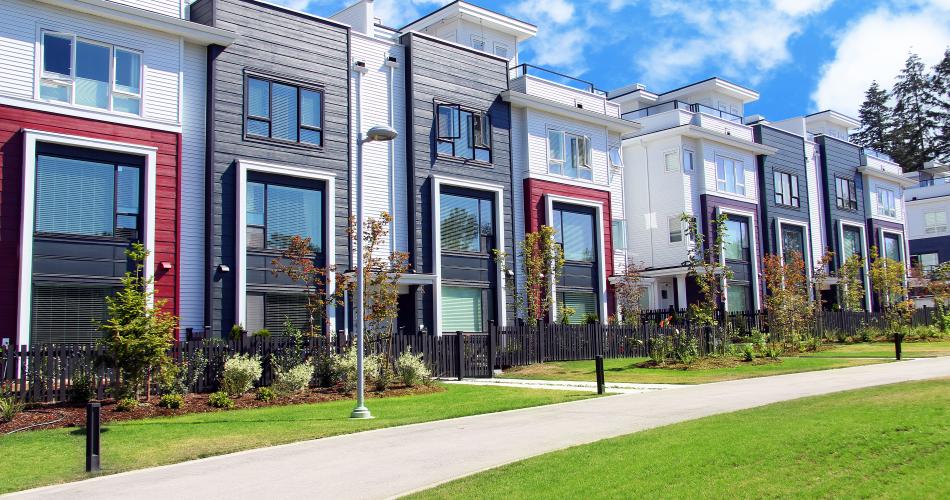 Shortly before the holidays, Virginia delegate Ibraheem Samirah introduced legislation that would legalize duplexes across the Commonwealth, as well as other reforms such as greenlighting accessory dwelling units statewide. Delegate Samirah’s proposals are part of a wave of new legislation introduced in the state legislature after Democrats gained control of both chambers for the first time since the 1990s. They also come in response to the growing issue of housing affordability statewide, felt even more acutely in Delegate Samirah’s fast-growing Northern Virginia district.

Delegate Samirah’s proposal is similar to others enacted in 2019. Last year, Oregon became the first state to ban single-family-only zoning at the state level when it passed H.B. 2001. Whereas Virginia’s H.B. 152 applies to every jurisdiction in the state without exceptions or carveouts, H.B. 2001 focuses on larger cities or those located within urban growth boundaries. In the state to the north, Washington passed H.B. 1923, which provides cities incentives to build more densely and reduce regulatory barriers to housing. In the Midwest, Minneapolis’s 2040 plan is converting a community dominated by single-family zoning into one that allows triplexes citywide. And across the Potomac River from Delegate Samirah’s Northern Virginia district, wealthy suburban Montgomery County, Maryland voted unanimously to legalize ADUs.

In justifying the need for H.B. 152, Delegate Samirah observed “Localities have had, and continue to have, the power to legalize duplexes in their own jurisdictions. They haven’t. That’s why arguments that say ‘let’s leave it to localities to decide’ are often just arguments against new housing.”

Too often the underlying motivation for restrictive zoning codes and complex approval processes is to prevent the development of multifamily and particularly affordable housing. While few would argue that local governments should be removed from the process – indeed, Delegate Samirah’s bill does not tackle other zoning regulations like siting and design – it is also true that they can often be the entities most responsible for preventing a community from reaching its housing goals. H.B. 152 is an important step to boost supply in the areas that need it most while preserving control of most zoning decisions for local governments.

There’s a lesson from Virginia beyond housing reforms making their way to the East Coast. Building the homes needed to get the country out of its severe housing shortage – and thus, improve broad housing affordability – will require a host of policies at all levels of government. Curtailing exclusively single-family-only zoning. Expanding funding for affordable housing. Boosting transit-oriented development. Rehabilitating older homes and distressed neighborhoods. All are important, but none can be accomplished by any one level of government alone.

And, as Delegate Samirah alludes, enacting housing policy reforms will occasionally need a nudge or collaboration from the state.

H.B. 2001 in Oregon became law after Portland tried (and ultimately failed) for years to pass modest zoning reform at the city level. Oregon House Speaker Tina Kotek, who was the architect of H.B. 2001, told us, “House Bill 2001 was about allowing more housing choice and stimulating more housing types across Oregon. This law will be a key component for Oregon to address a statewide housing supply deficit.”

In Washington, H.B. 1923 sponsor Representative Joe Fitzgibbon is pleasantly surprised by how many cities have embraced the goals of H.B. 1923. He hopes to build on the bill’s success in the upcoming 2020 legislative session.

“Over 50 cities have taken actions to allow more homes to be built, including by authorizing accessory dwelling units in more places, upzoning around transit stations, and pursuing housing action plans,” Fitzgibbon explained to us. “This experience shows that H.B. 1923’s approach blending fiscal incentives with safe harbor from appeals under state land use laws can have a positive effect on addressing the housing shortage.”

In a piece about the political implications of Delegate Samirah’s bill and its place among the broader YIMBY movement, Matthew Yglesias notes that two Up for Growth-backed bills are positive examples of nascent federal action on zoning reforms. The YIMBY Act and the Build More Housing Near Transit Act would give the federal government a constructive role to play in the conversation about how and where we build the housing needed for the country’s future prosperity. As Yglesias observes, these bills have the important distinction of being bipartisan. Given that changing our approach to housing can bring out bipartisan opposition (and support), starting with a cross-party appeal improves the odds of passage in a very divided Congress.

Indeed, while most of the reforms discussed in this article were proposed by Democrats (though many have bipartisan support), there’s much for conservative Republicans to like about proposals that enable the housing market to meet consumer demand. As Ed Pinto, the Housing Director at the conservative American Enterprise Institute shared with Up for Growth, “Returning to the level of Light-Touch Density (2, 3, and 4 units, including accessory dwelling units, and row houses) prevalent in the 1940s and 1950s in single-family areas would potentially result in 12.5 million more units [nationwide], thereby yielding a 10% increase in total units with minimal infrastructure cost.”

The introduction of zoning reform in the Virginia legislature is a good sign that the success on housing reform seen in 2019 will continue in 2020. However, the degree of success will depend in large part on the willingness of all levels of government to accept that we have a shortage of housing, and their steadfast commitment to do something about its root causes.